When a Tragedy Becomes a Teachable Moment

In an ideal world, I would stick my kids in a bubble.  They’d be surrounded by only lovable people who have their very best interests in mind; who would never hurt them or make them sad; who would treat them as if they were their own.  But, sadly, I know that this ideal world would not be good for them.  It’s not real-life, and the lessons they need to learn in order to become well-adjusted, kind adults will not fester in that bubble.

An innocent child in my state was killed today.

She was last seen riding her bike to a friends house in pure daylight over the weekend.  It’s all over the news–her community came out and searched for her, and today her body was found.  It’s absolutely disgusting to think that another human could do this, and to a child nonetheless.

At first, I prayed my children–my son in particular–would not hear about this tragedy.  How can you even begin to explain that someone killed a child to a child?  I didn’t want to scare him, but him and his sister truly need to understand the concept of stranger-danger.

Sometimes I think they “yes” me in order to get on with what they want to do–like riding their own bikes with their friends.  I’ve told them both many, many times that they can not speak to strangers.  I’ve given them the whole “hey-kid-I-have-some-candy-for-you” scenario to see how they would react (to which my daughter very innocently told me she would not go to the car for candy but if it was icing, well, maybe then she would!)

After thinking about whether or not to have the conversation with them, I decided that it came down to my own children’s characters.  My son is very trusting, and my daughter is very daring.  I decided to sit them both down tonight to tell them about this tragedy, and to use it as a teachable moment to reinforce how important it is to never be alone, to always be with a buddy, and to never. ever. EVER. talk to strangers.

It was a horribly tough conversation.

I told them that if someone they did not know was trying to get their attention and they were uncomfortable, that they had my permission to yell things like “Stranger!” or “Help!” or “No!”  I assured them both that they would not get in trouble for assuming someone was a stranger.

My kids were definitely both nervous going to bed tonight, which put a pit in my stomach wondering if I did the right thing by telling them.  But, I really do think it was important to reinforce this huge safety concern, and to then reinforce how they are surrounded by people who love and care for them deeply, and that they don’t need to be scared–they need to be safe.

Where do you stand on this?  Did you/would you tell your children about this tragedy?  If so, what did you tell them?  If not, what was your reasoning why?

Working Mom Problem #1: Finding time to be a Mom Blogger

I’m pretty sure this post is being read by no one. 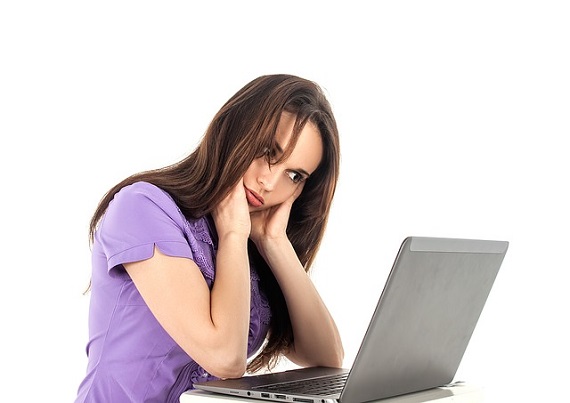 A few years ago, if I would’ve thought that no one was going to read my post, there is no way I would’ve hit publish.  I was far too consumed with my number of readers and subscribers, whether or not I was getting comments, and if my stats were staying consistently good enough for brands to recognize me.  I’d keep a running list of blog-worthy topics in my iPhone, and would often find myself ranking my day as “blog-able” or not.

When I started getting months supplies of cereals delivered to my door in exchange for telling my growing group of readers what my family thought of it, I knew I had become a “mom blogger.”  I joined every social media mom group I could find, attended every shindig I was invited to, applied for every “shop” I remotely qualified for, and spent hours weekly connecting with brands on Twitter and Facebook.

Guess I had a lot of time on my hands.

It’s ironic because, like most bloggers, when I started this whole thing, I didn’t have a clue what a page rank was, nor did I have any actual readers.  I wasn’t looking for free laundry detergent, or to schlep myself fours hours away to listen to someone tell me why I should buy their product in exchange for a free dinner.

I would’ve just bought a timeshare if I wanted that.

Blogging just seemed like a good platform for me to express myself, for no other reason then because I loved writing and wanted a hobby.

Now I have this little thing called a full-time job, and being a “mom-blogger” really cramps it’s style.  The realization has been a long time coming, and for many reasons.  The biggest?  Being a “mom blogger” no longer suits me. I can’t attend daytime events in the city, and attending weekend ones aren’t even an option because that’s my chance for quality time with my kids.  Speaking of my kids, they are too old to care what the hottest Playskool toys of the season are.  And, unless someone is giving the latest and greatest floor cleaner to the maid I’m about to hire, I will be useless in reviewing it.

Does that mean I won’t blog anymore?

It just means I no longer will consider myself a “mom blogger.”  Ain’t no full-time working mom got time for that!